No, I’m Not Dead: a State-of-the-Situation Snippet 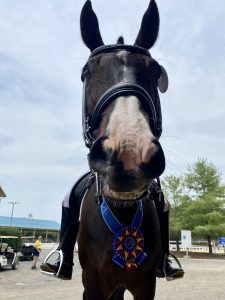 Hi everyone. I’m here, I’m alive, I’m doing fine. You haven’t heard from me via blog or Snippet in a while, and whenever that happens, I inevitably get a few sweet messages about “are you ok?! what’s going on?!” So: yes, I’m ok. The horses are great.

I’ve been radio silent for a few reasons. One is that nothing’s going on; our show season is set up such that we get a big long break from mid-July to the end of August, and so my horses get to go on Summer Vacation. Puck and Elvis are both on light work, doing lots of walking, letting their bodies have a break before the Autumn push. The babies are going, but the babies are just that – babies – so their day to day experience just isn’t all that exciting.

Which doesn’t mean that I’m not focused, nor does it mean they’re not making progress. Puck and I are on a bending jihad. I always think about self-carriage with Elvis, but I had a little epiphany last week about trying to ride him 3-and-1, where both curb reins end up in one hand, and then I just have the one snaffle rein in the other; its really let me think about how he answers the half halt in a cool way.

The babies are doing their thing. Maddie went to two horse shows this summer, and behaved splendidly both times, so now I get to put my energy into training; however, she’s 17.3, so I’m not feeling in an overwhelming hurry to accomplish anything. We work on throughness, and she has graduated in my esteem to earning her own equipment, so she sees my wonderful bit fitter friend Stephanie Brown-Beamer of Horse by Horse, to maximize her comfort. (The rule at my house is that you don’t your own gear until I’m sure you’re staying.)

One who’s still in hand-me-downs is four-year-old Velcro, though I must say, I don’t think he’s going anywhere either; he’s endlessly kind but man, he has a mind at work! He’s super smart, very easy to engage with, and is doing great. He had a minor medical procedure this Spring – why I could afford him – and he’s doing great, but between the time off for that and the long trip from Kansas and growing to be an absolutely giant four year old, he arrived on my doorstep quite thin, and it took a long time to add enough calories to him to even think about getting to work. So we’ve just introduced exciting things like turning, but he’s going to be wicked, wicked cool.

Baby Lala, the one I’ve owned from a foal, is now 3, and is working smartly under saddle in Pennsylvania with my wonderful friend and student Abe Pugh. She is also giant, at least 17.1 at 3 years old, so none of us are feeling a burning desire to push on her any harder (honestly, what is there to do except walk, trot, canter, and steer a 3-year-old anyway?), so she trundles along, and will do so all winter, with the idea of coming home to me Spring of next year, when we’re home from FL.

I’m riding some wonderful horses for clients too, including Rowan, a 7-year-old Irish Draught owned by Mary Ewing. I’ve not experienced many drafts, but if they’re all like Rowan, then we should all ride drafts. He’s remarkably agile, he’s terribly smart, and he smoked around at his first horse show, including beating Maddie one day, which is hard to do!

I’m also in that time of year where I’m teaching clinics like a madman, at least two a month if not three, and I’m very VERY excited that we have Starlink internet access now at the farm, so I am teaching virtual lessons all across the country (and even internationally!), with easy sign up via our e-scheduling website, instead of my having to sprint back to my house in town in order to teach them. You can sign up for one here, if you’d like!

I tried my hand at taking a family vacation, and I’m predictably terrible at them. My garden is going gangbusters. Nike, the world’s best Pibble, had surgery in the spring to fix yet another busted cruciate ligament, but he’s recovered well; Georgia, NOT the world’s best Pibble, was a remarkably gentle nursemaid, which was actually quite cute, and maybe earned her a few points in my book (though she pooped in the car the other day, so net-net…)

My knee is feeling great after having it injected with PRP, so I am now all the more a fan of good veterinary care. Summer vegetables are wonderful, but summer cocktails are even better. I am still waiting on my wedding photos. And that’s all the news from the home front! I hope you all are staying cool and making progress. Thanks for checking on me! 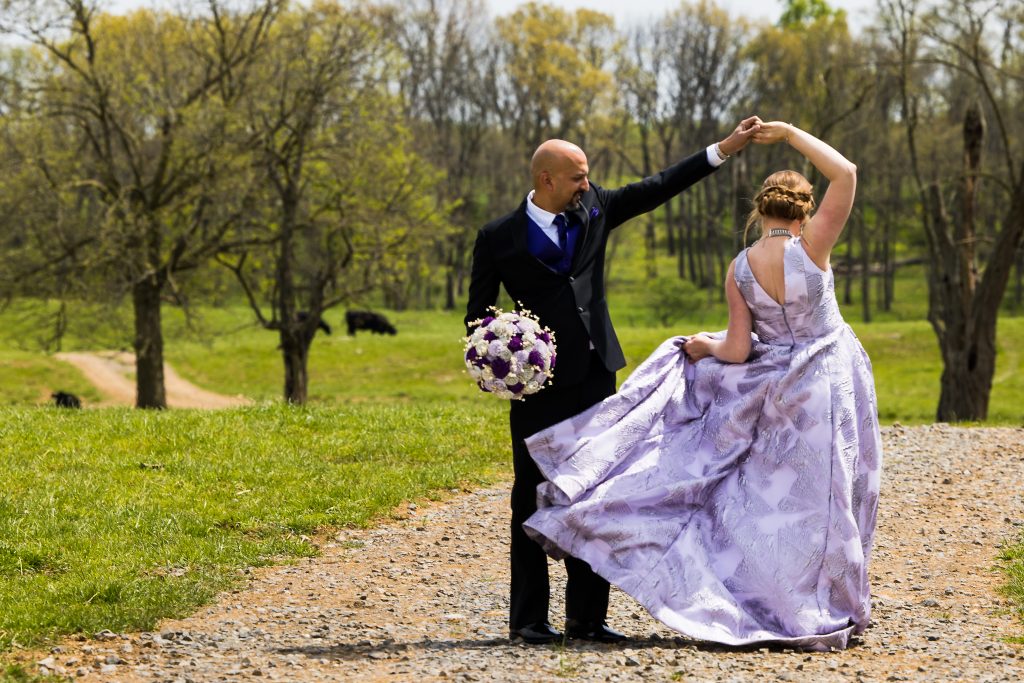 We are still waiting on the major dump of our wedding photos, but at least we finally have a few to share.