Getting By With A Little Help From My Friends 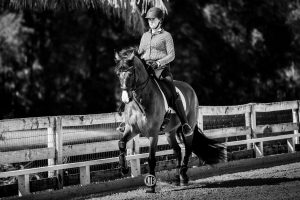 Elvis is really cool, guys. He’s keen but relatively unemotional. He’s athletic, but he’s also efficient. His default answer is yes. There’s a heck of a lot to like.

He also was weird about the whip when he came to me, and he had a bit of a misunderstanding about what piaffe was all about, so it took some time to get him confident enough to accept a new approach. And then, about a year ago, he started letting us in, and over the course of the summer it started becoming a re-creatable phenomenon, first in hand, then from the tack. And then we hit a bit of a plateau, which isn’t unusual. And a year in the life of a horse learning to piaffe is such a tiny amount of time.

But I just felt stuck and lost. Ali Brock, my amazing coach, kept telling me that I was on the path, and that it was improving, but I really wanted someone else to feel what I was feeling from the tack, and Ali is pregnant and not riding right now.