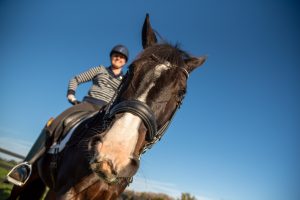 There’ve been a lot of horsey news stories in the last few weeks, between the Olympics, and various things happening in domestic horse sport management. I don’t have enough thoughts on any one individual phenomenon to write a proper blog about it, so here’s a bunch of little, well, snippets.

On dressage at the Olympics: First all, way to go, Team USA Dressage. I met Sabine when Sanceo was a young horse, and she rode him at the 5- or 6-year-old national championships, I forget which. I remember being staggeringly impressed – something I am usually not at that age of horse – because it was both such a quality test, and so clearly a horse that was going to go to the upper levels, not just be a young hotshot that never learned to close. I remember seeking Sabine out because the judges were not impressed, and I went over to be like dude, WTF, this horse is awesome. Sabine was gracious and classy about it. So Sabine, you rock, and you showed ‘em.

Second, a huge thank you to whoever unearthed the videos of Dalera and Gio as young horses. Gio at 4 would have been interesting to me, but I must confess that I would have said “isn’t that a nice future amateur horse!” watching the video of Dalera at 7. It is so, so inspiring to see that brilliant Grand Prix horses are made, not born, and not necessarily made from $400,000 3 year olds. There’s hope for us all.

On Olympic dressage in the world at large: horse crip walking, my friends. I LOVE this (if you’re aghast at the lack of seriousness about our sport, get a big ol’ grip, friend), and Mr. Dogg, if you’re reading this, I volunteer as tribute to participate in your next video. I have a pretty prancy palomino who would love to channel his inner gangsta.

Also, I loved Steffen’s music, as did the internet, but as usual, I found much of the rest of the freestyle music to be fairly painful. A little more rock concert and a little less Grey Poupon in international horse sport might make the sport a little sexier, y’all.

On other Olympic horse sports: I ran triathlons for a little while. I loved running, and I LOVED swimming. But I was a sucky cyclist, and so I’d usually smoke around the swim, lose a ton of ground on the bike, and then play catch up in the run to finish 2nd or 3rd in my division every time. Someone at some point told me this: you cannot win a triathlon on your swim, but you can certainly lose.

I recognize that I have no business telling any rider at any level how to jump their horse over anything, but maybe, just maybe, it’s time for American event riders to get a little bit more serious about dressage.

One’s job title doesn’t mean one is a good or bad rider. I know lots of extremely competent amateurs. I know lots of mediocre pros. One of the beautiful things about dressage is that we get a score at the end, and while there’s judges who are tough and judges who are like Christmas and a whole lot of judges in between, at least we can recognize that someone who places fifth on a 72% was probably better than a winner on 57%.

On other USEF horse news, plus the news at large: the Delta Variant is real, and we’re definitely heading for another mask mandate, in some capacity, so gear up. More importantly, get freaking vaccinated already. If you’re eligible for a vaccine, and don’t have a health issue that prevents you from doing so, sign the hell up. Not doing so is cowardly and un-patriotic. Vaccinated octogenarian grandma immigrants are braver and better Americans than you.