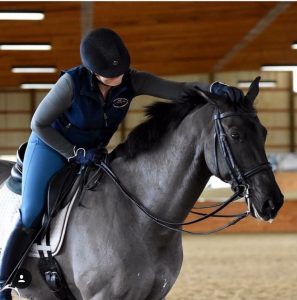 Somewhere along the line, I heard the term “disaster fatigue.” It was in the mainstream media, at a time when there had been a few devastating natural disasters and a few mass shootings in the same time period, and the newscaster I heard use the term put it in the context of a slowing rate of donations to the Red Cross: The population was so exhausted by the barrage of calamities that they couldn’t feel the pain of them anymore and as such weren’t moved to donate to organizations to help the victims.

A few weekends ago, Danny colicked, badly and quickly. He was so dire so fast that he wasn’t able to get on the trailer to go to a clinic. We put him down.

I was on vacation.

Read the rest at The Chronicle of the Horse.